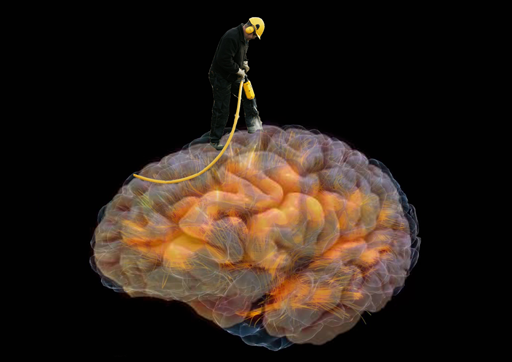 During the rise of the Age of Management back in the 80s, one of the first casualties was the concept of a “service”, something done not for profit but to provide a facility benefitting the whole of the public   -   cf councils, railways, government etc. This sort of thing was not to the taste of the Greed-is-Good fraternity; everything now was required to play at being a business regardless of what it actually did, and “services” were no exception.

In medicine, patients became “clients”; a colleague who worked in Rampton (having fended off one manager who without discernible irony proposed to put Rampton “at the cutting edge of self-harm” ) pointed out in the same managers’ meeting that “only prostitutes and solicitors have clients”, and was left to muse on how exactly someone forcibly detained on a section 37-41 could be deemed a “client” ( “I say darling, where shall we get ourselves banged-up this year? We tried Broadmoor last time, we didn’t think it was up to much did we? but Rampton sounds good, look, I’ve got the brochures, what do you think?”)

The rest of us, however, willy-nilly became “customers”. And I’m pleased to report that recently this finally came in handy.

As people living in this part of Lincolnshire are well aware, there have been a few problems with a “businessman” , an ex-Land Rover salesman (though he now tells anybody who'll listen that he's really a secret government agent), who bought up an old RAF airfield and started making enormous explosions on it. Both the BBC and Amnesty International describe this as a major arms-dealing site; the business model presumably resembles that of any scrap car dealer (though there’ll be a bit more money in AK47s), taking in old army stock, flogging off the viable stuff and dismantling the rest. I’d guess that dismantling old shells and bombs for people is probably quite lucrative, and of course the quickest way to do that is to blow them up. This has been creating quite a bit of nuisance for residents and inflaming a fair number of tempers; there is a protest group, which I have a hand in running.

West Lindsey District Council has not exactly covered itself in glory in handling the nuisance, as it has done… what? Nothing? Well worse than nothing, actually, they’ve gone out of their way to assist the bloke. For instance, a council spokesman called Grant Lockett stood up on his hind legs on local TV and told us all “there’s nothing the council can do because the noise doesn’t come up to the level required to count as a nuisance”. Of course, Mr Lockett will be familiar professionally with the Environmental Protection Act 1990, and will therefore know perfectly well that there is no such “level”; the EPA 1990 specifically excludes “trigger levels” of this kind because there’s no way of measuring (for instance) the smell of a rubbish dump. Mr Lockett will thus also be well aware that he was lying through his teeth in an attempt deliberately to mislead taxpayers. In another instance, the head of WLDC “Customer Services”, one Lyn Marlow, was discovered after one particularly horrendous barrage of exploding bombs telling each of the many people who phoned in to complain that they were “the only person who’s complained”. There has been an enormous amount of this kind of thing over several years. Of course, there's no evidence at all that any interesting behind-the-scenes connections are involved.

Pondering the lies of Ms Marlow and the others, I suddenly thought: “Hang on! Customer Services? So that means I’m a customer then? Oh, goody!!!”

Now, a customer is someone who enters freely into a contract, purchasing goods or services; in fact, all contracts by definition are entered into freely   -   if there’s coercion, the contract is automatically void. And if the other party breaks the contract, you have a right of redress. These are your “customer rights”: as a customer you enter freely, without being forced, into the purchase of something, and if you’re unhappy with the something, you can get your money back.

I must without realising it have ceased to be a taxpayer one night when I wasn’t looking; for a taxpayer has no choice, is forced to pay, and cannot demand their money back if they dislike the service they’re getting. A taxpayer, in return for their money, is legally entitled to… nothing. But now I’m a customer, so everything must have changed. Huzzah!

I think to myself: As a customer, I am unhappy with my council actively supporting some damn’ little nuisance-making arms dealer. Maybe I can withold payment?

But it turns out that Courts frown on this; the everything-is-now-a-business revolution hasn’t quite reached them yet. But yet I am still called a “customer”.

OK, I think. Legally, I may be forced to pay people to lie to me; but I’m not forced to make it easy for them. So I decide to pay that year’s council tax with a very special Bill of Exchange. On plywood.

Bills of Exchange and cheques come under the same laws; a cheque is just a special case of a Bill of Exchange. There is no special format required for either of them; they can be made on anything you like, as long as the proper information is present. Literate persons will recall the old tale of the farmer who paid his tax with a cheque written on a cow; unfortunately, the major banks have recently stipulated that they will only handle cheques of standard format due to the requirements of their automated machines   -   this is not a legal requirement, it’s a personal preference in the same class as deciding you will only accept cheques striped in pink & green or done in Comic Sans typeface; but still they are entitled to have that preference. Every single one of them wrote this format requirement into their Terms & Conditions; and every single one of them forgot to extend the requirement to Bills of Exchange proper.

My Bill of Exchange is therefore legal, valid, and not prohibited in the banks’ T & Cs. For good measure, I print it up on A3 card and mount it (firmly) on a large piece of plywood. It contains, apart from the required information, a tasteful reworking of the council logo [below] showing bombs instead of wheat ears, and a strap-line that reads: West Lindsey District Council   -   lying in support of arms dealers; also included is a Photoshop montage of most of the principal council staff who’ve been lying (though unfortunately I can find no picture of Ms Marlow online). I assume they will just grit their teeth and cash it; and I will at least have made a point. But no, it gets better.

Without bothering to check they decide that, because they don’t know about Bills of Exchange, these can’t possibly exist. There is a character in a Terry Pratchett novel who is described as having “the unusual gift of being able to see what’s actually there” (instead of , for instance, what they expect to be there, or would like to be there). I’ve met a lot of people who would benefit from attention to this area.

The council witter and fret. They set bailiffs on to me. I explain to the bailiffs (several different bailiffs, on different occasions) precisely what is going on; each time the bailiffs end up shaking my hand and wishing me luck with the protest, an outcome I understand not to be customary with bailiffs. The council venture into further lies: they tell me my bank has “refused to cash” the bills (my bank confirms this is rubbish); Ms Marlow claims that I have instructed my bank “not to process” the bills (ditto). At the end of a year I pay another year’s tax in like fashion, and after a further year, yet another. Finally someone at the council (an underling, by accident?) takes one of my bills to be cashed.

This proves that all the other payments were valid all along. They’ve spent three years harrassing me with bailiffs, telling scads of lies and arrogantly assuming that the world was how they wished it was, without bothering to check or (more importantly) to think. It’s open to me to sue them over the horizon. I’m still considering this.

What interests me most is the way they cling on to the term “customer”, which I’ve been prodding them with throughout. At an earlier stage of the protest this led to a ridiculous scene in Lincoln magistrate’s court, with an earnest young council employee debating with the magistrate and saying “erm, maybe he’s a taxpayer in the council-tax department but becomes a customer in the rest of the building?”   -   “Ah!” I say, “The Harry Potter defence: I magically become something quite different on going through a door!”. The magistrate is non-plussed, but as the authority figure has to say something. “Mmm… well… if you’re a council-tax payer you must pay your taxes!” . This is not exactly news and doesn’t solve much.

Whilst all this insanity was in progress I did some investigating. On the bases that obviously taxpayers cannot be customers and obviously a council would not possibly stoop to lying about it, I decided that maybe West Lindsey District Council had other customers; various EU and government directives now allow councils to run commercial businesses (in any part of the country, did you know?) as long as they are run, not directly by that council but by separate companies owned by that council, which of course makes it quite different and cannot possibly detract from the council’s core business of not being a business but a service…

So: a council which has a “Customer Services” department will go to considerable lengths not to tell me whether it has any customers. In this, it is backed-up by government. Neither I nor any other of its taxpayers can possibly be the “customers” it is talking about. A council cannot itself be a commercial business. Surely they do not have an entire department dedicated to serving… nobody? What is behind this ludicrous, irrational madness? Ah…

Which brings us back to the Age of Management, and the lunatic fantasy requirement that everyone and everything should play at being a business, should dress itself up in the clothes of a business and strut around importantly, like children in oversized cast-offs pretending to be mummy and daddy, even though everyone knows perfectly well that they aren’t. Well, I suppose we can think of this as “ideology”. Though possibly a better term might be “monomania”   -   or just plain old “fixation”.

Time for your meds, WLDC.